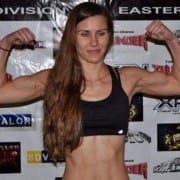 Joining the featherweight division will be undefeated Amy Coleman (2-0) of Knoxville, Tenn. The 30-year-old, known as “Donkey Kong,” fights out of Shields Systems MMA. She was most recently in action in May, earning a decision win over Annie DeCrescente.

The other new face is flyweight Brieta Carpenter (0-0). “Tank Girl” fights out of Sacramento, Calif. Six of her eight wins as an amateur came before the final bell, including a 10-second knockout in her most recent outing. The 22-year-old’s professional debut will take place inside the Invicta cage.

Bouts for the new roster additions have not been finalized at this time. Check InvictaFC.com for future updates on both fighters.

Invicta Fighting Championships is a world championship, all-pro mixed martial arts (MMA) fight series dedicated to providing female athletes with a major platform to hone their skills on a consistent basis. Founded in 2012 by longtime MMA executive Shannon Knapp, Invicta is committed to pioneering the future growth of women’s MMA by promoting the best possible match-ups between female competitors and identifying and developing future superstars of the sport. Follow Invicta on Twitter (@InvictaFights), Facebook (Facebook.com/InvictaFights) and Instagram (@InvictaFC) for all the latest details on the promotion. 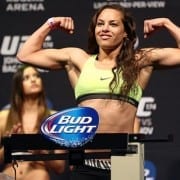