In the night’s headliner, bantamweight champion Tonya Evinger (18-5, 1 NC) will once again put her title on the line against Russian challenger Yana Kunitskaya (9-2, 1 NC). The match-up is rematch of the Invicta FC 20 main event which took place Nov. 18 and was initially ruled a first-round submission win for Kunitskaya. However, following a ruling by the Missouri Office of Athletics, the bout was overturned to a no-contest and Evinger retained her 135-pound championship.

* – Bennett and Maverick were each fined 25 percent of their fight purse for missing weight. Both bouts will proceed as catchweights.

# – The bout between Jinh Yu Frey and Janaisa Morandin has been canceled. Frey weighed in at 106 pounds, while Morandin missed weight at 111.2 pounds. 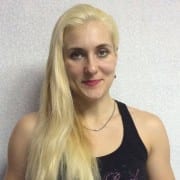