Headliner Jinh Yu Frey (8-4) missed championship weight at 105.8 pounds. Per Invicta policy, the atomweight belt is now vacant. The fight will go on as a five-round affair with only No. 1 contender Ashley “Smashley” Cummins (7-4) eligible to win the title after hitting the mark at 104.5 pounds. The fight is a rematch of the pair’s Invicta FC 24 bout, where the Texas-based Frey earned a decision victory. Frey later ascended to the top of the division with a pair of victories over Finland’s Minna Grusander. Cummins rebounded with wins over Jéssica Delboni and Stephanie Alba to earn her shot at gold.

Additionally, flyweight Shanna Young (7-2) became ill during fight week and did not weigh in. Her opponent, Brazil’s Daiana Torquato (9-3), successfully made weight and was paid her show money.

* – Frey missed the championship limit of 105 pounds. She was fined 25 percent of her fight purse and the title is now vacant. Only Cummins is eligible to win the title.

# – Young fell ill during fight week and was deemed medically unfit to compete. Torquato was paid her show purse. 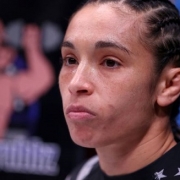 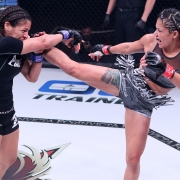 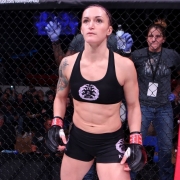