Kansas City, Kan. – Invicta FC 41 has shuffled its co-main event as flyweight Stephanie Geltmacher (4-1) has been forced out of her match-up with 21-year-old phenom Erin “Cold Blooded” Blanchfield (5-1).

Guam’s Brogan “Killer Bee” Sanchez (6-1) — née Walker — will step in on short notice to take on Blanchfield. She was last in action in the headlining affair of Invicta FC 37, where she battled UFC veteran and former title challenger Pearl Gonzalez. After suffering her first career defeat, Sanchez will aim to recapture the form that carried her to victories over Miranda Maverick and Cheri Muraski in the Invicta cage. 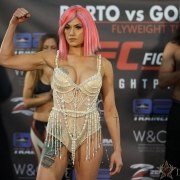 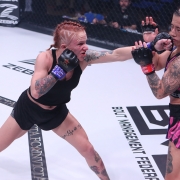