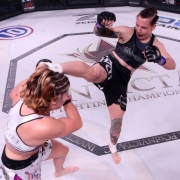 Strawweight Kelly “Wildfire” D’Angelo (4-4) has been forced from her bout against UFC veteran Jodie Esquibel (6-6). Stepping in will be Oregon’s Liz “The Titan” Tracy (5-4), who will be making her 115-pound debut. The Brazilian Jiu-Jitsu black belt was last in action at Invicta FC 42, earning “Fight of the Night” honors in her fight with Victoria Leonardo.

Prior to the main card, the Invicta FC 44 Prelims will be broadcast in the U.S. on AXS TV and streamed for free worldwide on Invicta FC’s YouTube channel beginning at 8 p.m. ET/5 p.m. PT. Both platforms will also premiere a special Countdown to Invicta FC 44 documentary on Friday, Aug. 20. 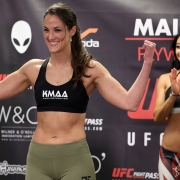 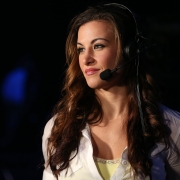