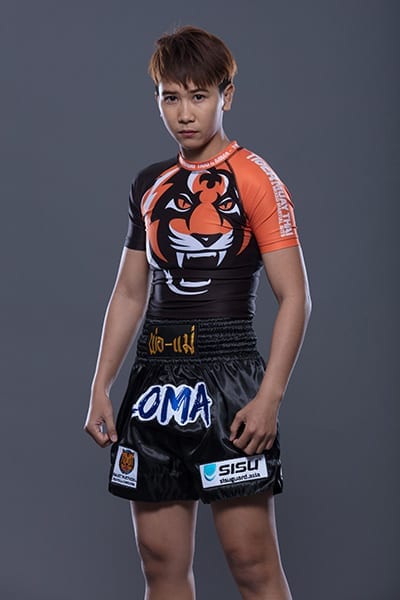 She began training in Muay Thai around the age of 7, under her father Boonmee, at his Muay Thai gym in Thailand. As of October 2016, Loma has fought more than 200 times. Many of her fights, especially as a child and teenager, were against males. Loma previously represented Thailand on their national Muay Thai team.

“I am very excited to fight for Invicta. It’s the biggest women’s MMA organization in the world. I’m so grateful for the opportunity.”