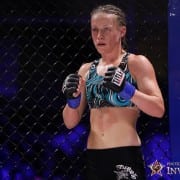 Returning to the promotion after a three-year absence will be veteran atomweight Lisa Ellis (15-10). The 32-year-old has faced some of the biggest names in the sport, including former Invicta champion Jessica Penne, MMA legend Megumi Fujii and fellow Invicta veterans Felice Herrig and Bec Rawlings.

Joining Ellis in the 105-pound ranks will be Hungary’s Dora Perjes (7-1) and Russian-born American Julia Jones (4-0). Perjes has stopped all seven of her career wins via submission, while Jones recently picked up her fourth straight win by defeating Paulina Granados.

Brazil’s Aline Santos De Assis Serio (9-5) is the latest addition to the strawweight division. Fighting out of Rio de Janeiro, Serio has stopped five of her nine wins by way of strikes.

Also bolstering the 115-pound division will be Serio’s countrywoman, Amanda Limborco Alcantara Ribas (5-0). The unbeaten 21-year-old has finished four of her five wins inside the first round.

Bouts for the new roster additions have not been finalized at this time. Check InvictaFC.com for future updates on all five fighters. 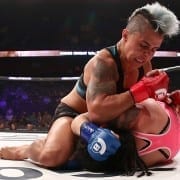