The world’s premier combat sports organization for women will hold its second event of the summer on Thursday, July 30. Invicta FC 41 will take place in Kansas City and just like the promotion’s 40th installment on July 2, it will be overseen by the Kansas Athletic Commission and utilize open scoring. The event will air live and exclusively on UFC Fight Pass at 7 p.m. CT.

The co-main event will feature flyweight contenders as 21-year-old phenom Erin “Cold Blooded” Blanchfield (5-1) tangles with wrestling stalwart Stephanie “Hold Fast” Geltmacher (4-1). New York’s Blanchfield enters the match-up riding the momentum of a second-round, head-kick knockout of Victoria Leonardo at Invicta FC 39. Like her opponent, Oklahoma’s Geltmacher was also last in action against Leonardo, but came up short on the scorecards after a “Fight of the Year” contender at Invicta FC 36.

With the ongoing COVID-19 pandemic, Invicta FC 41 will take place behind closed doors — sans fans and media. As with any Invicta event, the safety of its fighters, their corners, its staff and commission officials is of the utmost priority. All participants will be tested prior to the event. 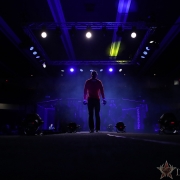