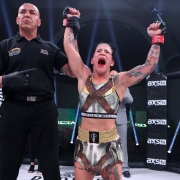 The promotion is partnering with one of the biggest media outlets in MMA, five-time World MMA Awards winner MMA Junkie, part of the USA TODAY Sports Media Group. The fight card – which takes place Wednesday, Jan. 12 in Kansas City – will be simulcast on Invicta FC’s YouTube channel and MMA Junkie beginning at 8 p.m. ET/5 p.m. PT.

Invicta FC President Shannon Knapp commented on the broadcast deal, “What better way to expose our athletes to fight fans around the globe than MMA Junkie? For the last 15 years, they have been a staple of this industry and I am excited to work with them for this upcoming event.”

Invicta FC 45 is headlined by an atomweight grudge match between current titleholder Alesha “Half Pint” Zappitella (9-2, 1 NC) and Brazilian challenger Jéssica Delboni (11-3). The pair engaged in a back-and-forth battle in their first meeting in May, with Zappitella emerging with a split-decision victory to hold onto her belt. The No. 1 contender Delboni will be out to prove that the judges made a mistake in her previous title conquest.

In addition to the broadcast announcement, the scheduled strawweight contest between Hilarie Rose (5-3) and Emily “Spitfire” Whitmire (4-5) has been forced off the card and will be rescheduled for a future event. 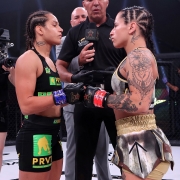 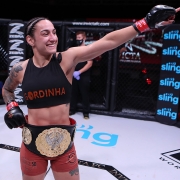 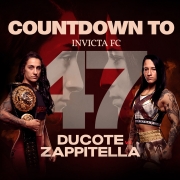 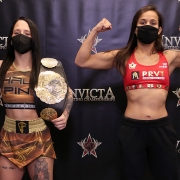 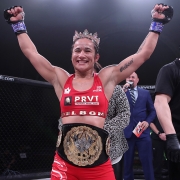 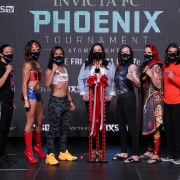 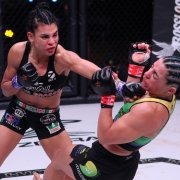