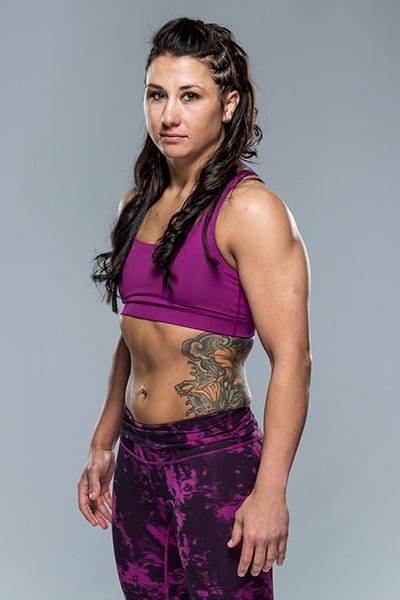 “To accomplish Great Things, we must not only Act, but also Dream; not only Plan, but also Believe.”

WHAT IS A TYPICAL DAY OF TRAINING LIKE?
Because I am on orders for the US Army’s World Class Athlete Program (WCAP) for Women’s Freestyle Wrestling, I have two scheduled trainings per day, with the exception of Sunday, Wednesday, and Saturday. Wednesay is a half day, so we only have morning practice. Saturday is one workout on your own, and Sunday is off completely. A lot of my training is focused around wrestling, and strength and conditioning. But I also train with WCAP Boxing during my down time,and in Brazilian Jiu-Jitsu and all around MMA in the evenings a few times a week. On Saturdays my training session of choice is “Jedi Yoga”. It is a yoga class unlike any other, geared towards fighters and other combative athletes.

WHAT GOT YOU INTO MARTIAL ARTS?
In 2012, after my second run at making an Olympic Team in Womens Wrestling, I decided it was time for me to walk away from the sport. I left disheartened and discouraged. Not on what I would say were my terms. I still very much had that competitive drive still in me so I looked elsewhere and turned to Mixed Martial Arts. My friends Randi Miller and Sara McMann had already made the transition from wrestling to MMA. Watching them compete I realized that it was something that I too could do, and even enjoy. Though I have recently returned to the (wrestling) mat, I feel that I made the right decision by choosing to compete in MMA. I feel that it is a good fit, I also feel that the training for each benefits the other. I plan to continue to compete in both MMA and wrestling, and enjoy where each path leads me.

DO YOU HAVE ANY HIDDEN TALENTS?
I can roll my tongue like a 3 leaf clover. Hahaha. Serioulsy, I don’t really have any.. In high school I was involved in Theater and Orchestra (violinist). I did not pursue those past that because I wanted to focus on my dream of becoming a World and Olympic Gold medalist in Women’s Wrestling and felt that dream needed 100% of my time and focus. Now I feel I have time and the ability to pursue Gold Medals in wrestling, and Title Belts in MMA.

IF YOU COULD FIGHT ANYONE, LIVING OR DEAD, WHO WOULD YOU FIGHT AND WHY?
I would like to fight the Title Belt holders in InvictaFC and the UFC. Once I have those Belts, I’d like to defend them against the most worthy opponents.

IF YOU COULD BE ANY FICTIONAL CHARACTER, WHO WOULD YOU CHOOSE AND WHY?
I think I’d be Katniss Everdeen from the Hunger Games. I read the books and have seen and loved all of the movies, except Mocking Jay Part II which will be released at the end of the year I believe.. I really liked that she was bad ass, but still vulnerable and felt human emotion. I feel that is evidence of true strength and resiliency. Going through something(s) that could very easily break your human spirit, but rising above and not becoming numb to the world.. I do have to say that I found her back and forth between Gale and Peeta annoying. Though I get her dilemma, should she go with the strong and fearless Gale who always came through for her and her family, or the strong yet sensitive Peeta who would sacrifice even his own life for her.. Don’t forget Peeta was a wrestler. That fact along with his other qualities make him the obvious choice.