Confident and experienced, Charmaine Tweet answered the call, and will clash with Ediane Gomes at Invicta FC 6 on July 13th.

Fulfilling a lifetime goal to fight for the pinnacle of Women’s MMA, Tweet had little hesitation filling in for an injured Julia Budd, even after having fought on June 1st. A world champion Muay Thai fighter with strong submission skills, Tweet will to make an impressive Invicta debut on July 13th.

Corey Smith: At a young age, your introduction to martial arts came via fitness tapes made by Sugar Ray Leonard. Soon after you began to train kickboxing with Duke Roofus. How did that relationship come about? And what was your early training like?

Charmaine Tweet: My husband actually met Duke first, and since he knew that I was interested in boxing sent me down to his gym for a free trial.  I absolutely loved it and told them right away that I wanted to box competitively, and was asked if I would be interested in kickboxing as well; I said sure and entered into their beginner class.

CT: I spent three or four, what seemed to me like, very long months in that class trying to get the skills down.  I never saw myself as being particularly coordinated, and couple that with my intense desire to succeed and be the best, and I was feeling like I wasn’t doing very well.  Looking back now, I was probably doing better than most!

CS: How soon after your training began did you take your first Muay Thai bout? What was that first bout like for you mentally?

CT: I had my first bout approximately two years after I first started training.  It was against Julie Kedzie and it was tough! There I was 26 years old, with two years experience, competing against a Third Degree Black Belt who had been training since she was a child.

CT: I experienced my first ever ‘adrenaline dump”, my arms and legs felt like lead and it didn’t feel like I could do anything.  It ended in a draw and I wasn’t so sure I wanted to compete again, but I pressed on and my second fight was much better and I knew that I wanted to continue in the sport.

CS: Your Muay Thai career lasted roughly ten years before you began MMA full time. What was your biggest accomplishment? How do the Muay Thai and MMA worlds differ?

CT: I won two World Titles as a striker, and would have to say that my biggest accomplishment, so far

, was winning the IFMA Championship in Thailand.  As far as the sports themselves go, in Thai Boxing, you only have to worry about eight different things hitting you in a variety of ways and in MMA you still have to worry about those, but when you add in the wrestling and BJJ aspects you suddenly have hundreds of different things that could be happening to you and it can be a little bit overwhelming at first.

CT: I also found the worlds outside of the competitive arena quite a bit different as well.  In Thai Boxing you could compete with relative anonymity, where as is in MMA people really start to know who you are and can have very strong opinions of you.  I find it kind of interesting, with the expansion of social media, to see the good, bad and sometimes downright ugly things people have to say about their favorite and not so favorite fighters lol.

CS: Despite being classified as the classic “striker” label, all of your wins have come via submission. What do you credit for such a strong ground game?

CT: The funny thing is, I love to strike, but in each fight the submission just seemed to present it’s self to me. When I first started taking BJJ, it wasn’t real fun for me . It wasn’t until I found the right coach & gym with an amazing team that I real started to enjoy BJJ & Wrestling. Wiley BJJ has really helped me elevate my ground game to a new level and has rounded out my MMA.

CS: The first opponent in your MMA career was Ronda Rousey. What were your impressions of her at the time? How do you think a rematch would turn out?

CT: It was my first fight, and going Pro with no real amateur experience in MMA was a big leap. I thought she was good enough to win that night. But let’s make no mistake about it, that was 2 years ago. And I am a different fighter today. There is no doubt in my mind a re-match would end much differently; even at 135 lbs. Never say never!!!

CS: You have spoken in the past about viewing Strikeforce as the pinnacle of Women’s MMA, and that your goal was to fight there. With Strikeforce’s closure, and Invicta’s

emergence, how does it feel to be fighting for the pinnacle of Women’s MMA?

CT: It is 12 years worth of hard work all coming together at the right time. I am so proud to be fighting for Invicta FC. Shannon & Janet are such great ambassadors for WMMA, and I’m glad to be part of it. After working so hard to get here, it was very hard to turn down an amazing opportunity when Janet called for Invicta FC 5.

CT: It was a real short notice fight and there was only just over 1 week to prepare. So after talking with my Coach and Manager we decided to play it smart and wait. I can tell you that was a couple of tough days struggling with that. But like I always say… “Everything happens for a reason”, and here we are today.

CS: You most recently fought on June 1st, and will now be facing Ediane Gomes on less than a month’s notice. Was there any hesitation in taking the bout so soon after your last one and on short notice? How familiar are you with Gomes?

CT: We called Janet just prior to my June 1st fight, when another fight we had lined up for England fell through. We asked if there was a chance to get a spot on Invicta 6. The card was already full, so Janet suggested I stay ready as a possible alternate at 145.

CT: I did just that. I went right back to the gym the Monday following my win over Amanda Bell, and started getting ready for this card. So when the call came a few days ago, there was no hesitation. I have been given an opportunity and I plan to make the most of it come July 13th. I met Ediane at a card a few years back, but other then that don’t know her personally. She comes from a great gym with a strong team, but I feel I match up in all areas and have the advantage in most.

CS: On fight night, what is your mindset? Do you have any routines that you perform? Any superstitions?

CT: My game plan and the way I get ready is something we don’t discuss outside my locker room with my team. I can say that she is the one person standing in my way at this point….. And that’s not a good place to be!!

CS: Who will be accompanying you to the cage on July 13th? What type of feedback do you prefer from your coaches?

CT: My two coaches from Wiley BJJ, from Regina Saskatchewan, Canada, Jeff Wiley & Nolan Coller, will be in my corner. We are a family and it comes down to Train Hard, Win Easy!!!

CS: Outside of training and martial arts, what types of activities do you enjoy?

I like watching my two teenage ( Joshua 16 & Christian 13 ) sons play Football,  Basketball & Wrestle. We are an all around sports family and its kind of how we all stick together and get time as a family

CS: What advice would you give to a young athlete looking to begin their journey in martial arts?

CT: Follow what you feel is right. Don’t let gyms, coaches, friends, etc tell you what direction is best for you. If it feels right it probably is, if it doesn’t maybe its time for a change. God knows I have found that out over the years.

CT: I want to first thank my family for supporting me and letting me pursue my dreams while encouraging me at every turn.

CT: But honestly without the entire family at Wiley BJJ, which includes all the students, I wouldn’t be at this place today!! I love these guys… this is my home, it’s not just a gym!!

CT: I need to as always give a huge shout out to all my amazing sponsors and with any luck get a great plug in for them all. Misfit Baggers, The Tap House, Canadian Whey, 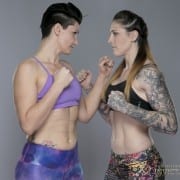 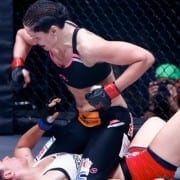