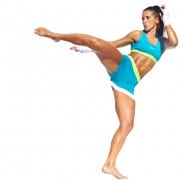 Kansas City, Mo. — The last match-up for Invicta Fighting Championships 19 has been finalized.

The promotion announced last week that Muay Thai champion Tiffany Van Soest (0-0) will be making her professional and promotional debut at the event. Her opponent will be Oregon’s Kalyn Schwartz (0-0). Schwartz, dubbed “.50 Kal,” is a U.S. Marine Corps veteran who will also be making her first professional appearance. The 27-year-old amassed six victories during her amateur career, including back-to-back wins under the King of the Cage promotion.

Invicta FC 19 will be headlined by interim flyweight champion Jennifer Maia (13-4-1), who puts her belt on the line against veteran Roxanne Modafferi (19-12). The co-main event also features gold on the line as atomweight champion Ayaka Hamasaki (13-1) aims to make her second title defense against Jinh Yu Frey (5-1). The event takes place from the historic Scottish Rite Temple in Kansas City, Mo., on Friday, Sept. 23 and airs live and exclusively on UFC Fight Pass.

The complete fight card for Invicta FC 19 can be found below: 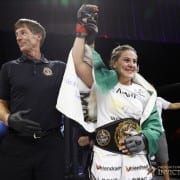 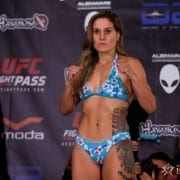