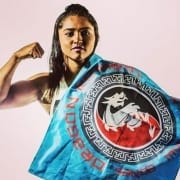 Japanese strawweight MIZUKI (12-5) will no longer square off with UFC veteran Heather Jo Clark (8-6), as Clark has been forced off the card. Stepping in for Clark is another UFC veteran, Brazil’s Viviane Pereira (13-2). “Sucuri” holds wins over former UFC title challenger Valerie Letourneau and current UFC fighter Poliana Botelho.

An opponent for GLORY Kickboxing veteran Isis Verbeek (0-0) has been secured as Colorado strawweight Kathryn Paprocki (1-0) will make her promotional debut against the Dutch fighter.

Also, a bantamweight bout will kick off the night’s action as California’s Chelsea Chandler (0-1) returns to the Invicta cage to welcome undefeated Oklahoman Mitzi Merry (2-0) to the promotion. Chandler made her professional debut at Invicta FC 28, while both of Merry’s victories have come via submission. 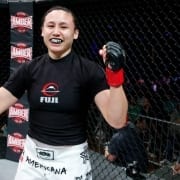