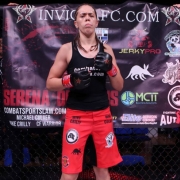 Kansas City, Kan. – The lineup for the PHOENIX SERIES© 3 bantamweight tournament on March 6 has undergone a last-minute change.

Gillian Noll has been forced to withdraw from the eight-woman, single-elimination tournament. Stepping into the tournament field will be Las Vegas fighter Serena “The Southpaw Outlaw” DeJesus (1-1), who was previously slated to compete in one of the night’s reserve bouts.

Taking the place of DeJesus opposite Florina Moeller (1-1) in the tournament reserve match-up will be Washington’s Kelly “Skittles” Clayton (1-2). Clayton picked up a win over the aforementioned Noll in her last bout.

In addition to the bantamweight tournament, the event is headlined by a bantamweight title clash between undefeated 24-year-old phenom Lisa “Battle Angel” Verzosa (5-0) and The Ultimate Fighter alumna Julija Stoliarenko (8-3-1) of Lithuania. 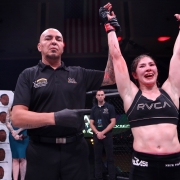 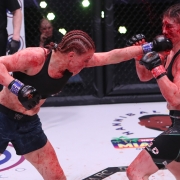 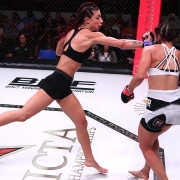 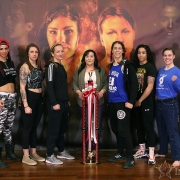