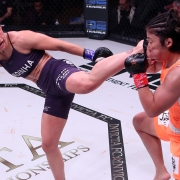 The world’s premier combat sports organization for women will hold its first event since the onset of the COVID-19 pandemic on Thursday, July 2. Invicta FC 40 will take place in Kansas City and will be overseen by the Kansas Athletic Commission. The event will air live and exclusively on UFC Fight Pass at 7 p.m. CT.

The co-main event will take place in the atomweight division as wrestling dynamo Alesha “Half Pint” Zappitella (6-2) clashes with New York’s Lindsey “Damsel” VanZandt (7-3). The Michigan-based Zappitella earned her third win inside the Invicta cage in February, defeating Kelly D’Angelo on the scorecards. VanZandt was victorious in her last appearance with promotion, defeating Shino VanHoose at Invicta FC 37 in October.

Joining the headlining bouts will be a flyweight match-up between former strawweight title challenger DeAnna “Vitamin D” Bennett (10-6-1) and Louisiana’s Victoria “Fury” Leonardo (6-2). The pair both competed in the second installment of the Phoenix Series last September. The UFC veteran Bennett earned two wins to reach the tournament final, but succumbed to Miranda Maverick in the final round. Leonardo also came up short to Maverick in the tournament and was most recently in action against Erin Blanchfield in February.

Also on the card, California’s Chelsea Chandler (2-1) moves up in weight to welcome featherweight Liv “Phoenix” Parker (4-0) to the promotion, Colorado’s “Grizzly” Claire Guthrie (1-0) returns to flyweight against newcomer Laura Gallardo (2-0) of California, and strawweight Genia Goodin (1-0) makes her second Invicta outing against the debuting Shelby Koren (0-0), who is unbeaten through seven amateur bouts.

With the ongoing pandemic, Invicta FC 40 will take place behind closed doors — sans fans and media. As with any Invicta event, the safety of its fighters, their corners, its staff and commission officials is of the utmost priority. All participants will be tested for COVID-19 prior to the event. More details of the safety measures being put in place will be revealed prior to the event. 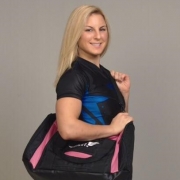 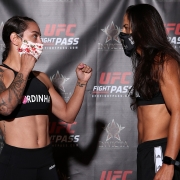 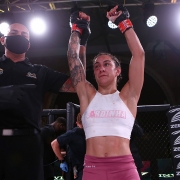