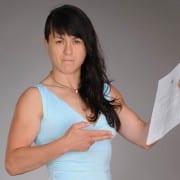 The 30-year-old fighter enters the promotion riding a seven-fight winning streak. Seven of her nine career victories have come via submission and six of her wins have come inside the first round. She was last in action in March, submitting Anastasia Plisenkova in less than 30 seconds.

“I am very happy in signing with Invicta FC,” said Ibragimova. “This is a new stage in my career. Great opportunities for self-realization as a fighter in the best women’s promotion of the world!”

“I can promise that my fights are always spectacular and brutal!,” declared the Russian fighter.

Look for Ibragimova to make her Invicta debut as a bantamweight in the near future.