During the episode Knapp announced two new bouts for the fight card, completing the lineup with nine fights.

For all the details and more, listen to the entire episode below.

Invicta FC bantamweight champion Tonya Evinger has a reputation for spilling her guts, both in and out of the cage. But you’ve never heard her — or her Invicta FC 17 challenger, Colleen Schneider, for that matter — quite like this before.

In the second installment of Invicta FC Radio’s special profile feature “Spotlight,” Evinger and Schneider take fans and host Jack Encarnacao into lesser-explored sides of themselves; from their starkly different upbringings to their outlooks on God, sexual orientation, regret and adversity.

In riveting detail, these two remarkable athletes chart the life experiences that shaped the women and fighters they are today. It’s the most intimate kind of fight preview, as stark contrasts and surprising parallels reveal themselves in an audio documentary unlike any other in MMA.

Get closer to the title tilt between Tonya Evinger and Colleen Schneider by checking out the latest installment of “Spotlight,” only on Invicta FC Radio.

TJ De Santis is back with another edition of “Invicta FC Radio.”

Knapp and Kedzie discussed the upcoming Invicta FC 17 fight card, which takes place Saturday, May 7 in Costa Mesa, Calif. In addition to the discussion, three new bouts for the event were revealed.

The group also discussed the co-main event between Brazilians Vanessa Porto and Jennifer Maia. The pair will battle for the interim flyweight title.

Listen below for the groups analysis and picks of the two title clashes, as well as the rest of the fight card.

De Santis and Kedzie also catch up with featherweight fighter Amanda Bell who was scheduled to face Ediane Gomes. However, due to weight cutting issues, the fight was scrapped. Bell talks about the cancellation of the bout and what might be next for “The Lady Killer.”

Invicta FC play-by-play commentator TJ De Santis sits down with the participants of Invicta FC 15 prior to the event.

On this special broadcast, De Santis chats with Cristiane “Cyborg” Justino ahead of her title defense with Daria Ibragimova. Justino shares her thoughts on her opponent, her legacy, and what her goals are in mixed martial arts. Along with nearly every fighter from the card, De Santis also chats with matchmaker Julie Kedzie about this card, the future of Invicta FC, and what you should expect Saturday when tuning into UFC Fight Pass. 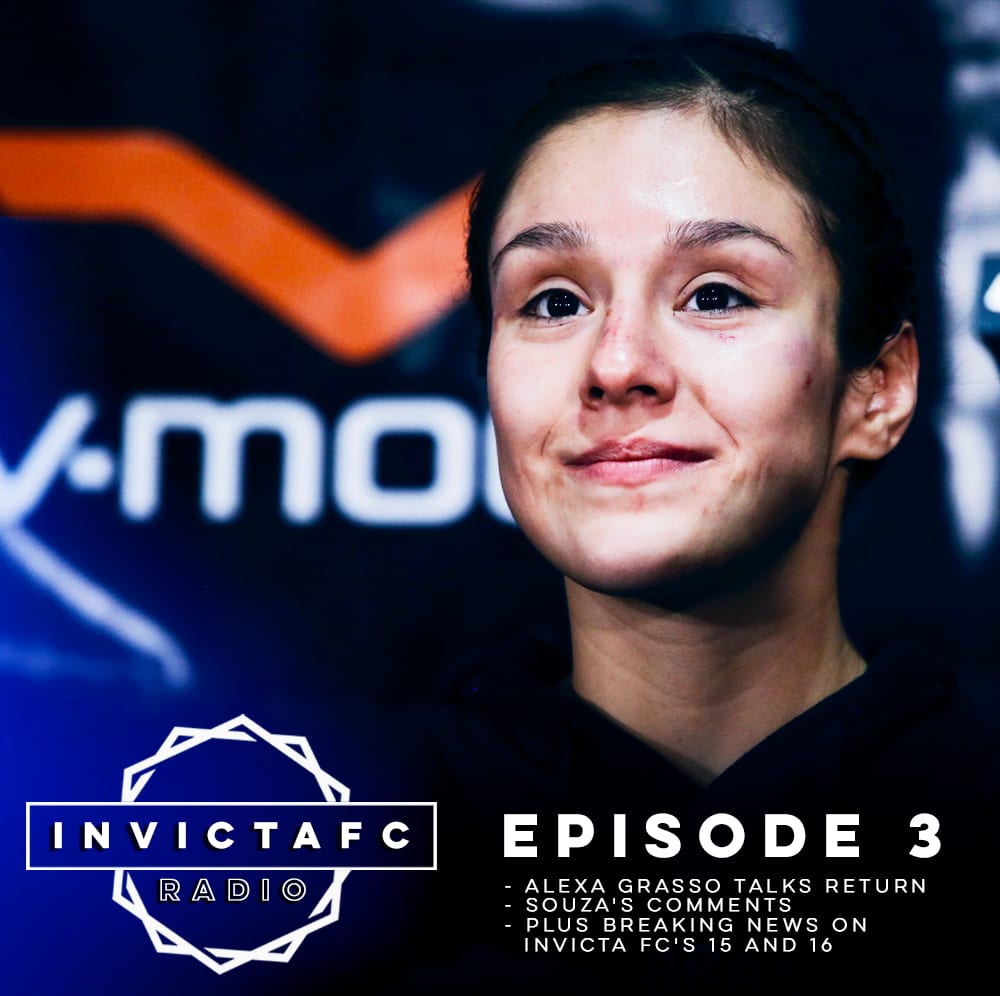 TJ De Santis is back with another episode of Invicta FC Radio. On this broadcast he is joined by strawweight contender Alexa Grasso. Plus Laura Sanko gets you “In The Loop” with breaking news.

It’s been nearly a year since Mexico’s Alexa Grasso has competed inside the InvictaFC cage. During that layoff Grasso has rehabbed an injury while the 115-pound division has gone through changes through the ranks. Not only has strawweight proved to be a talent rich division, but a Brazilian named Livia Renata Souza has taken the top spot. Grasso discusses her time away from active competition, when she will be back, who she think will be the strawweight champion after Invicta FC 15, and how she feels about Souza calling her a “runner.”

Invicta FC 15 is just one week away and Laura Sanko has some late breaking news that will shake up the card set to take place in Costa Mesa. Plus Sanko gives us a nugget about featherweight athlete Megan Anderson that not many people know. 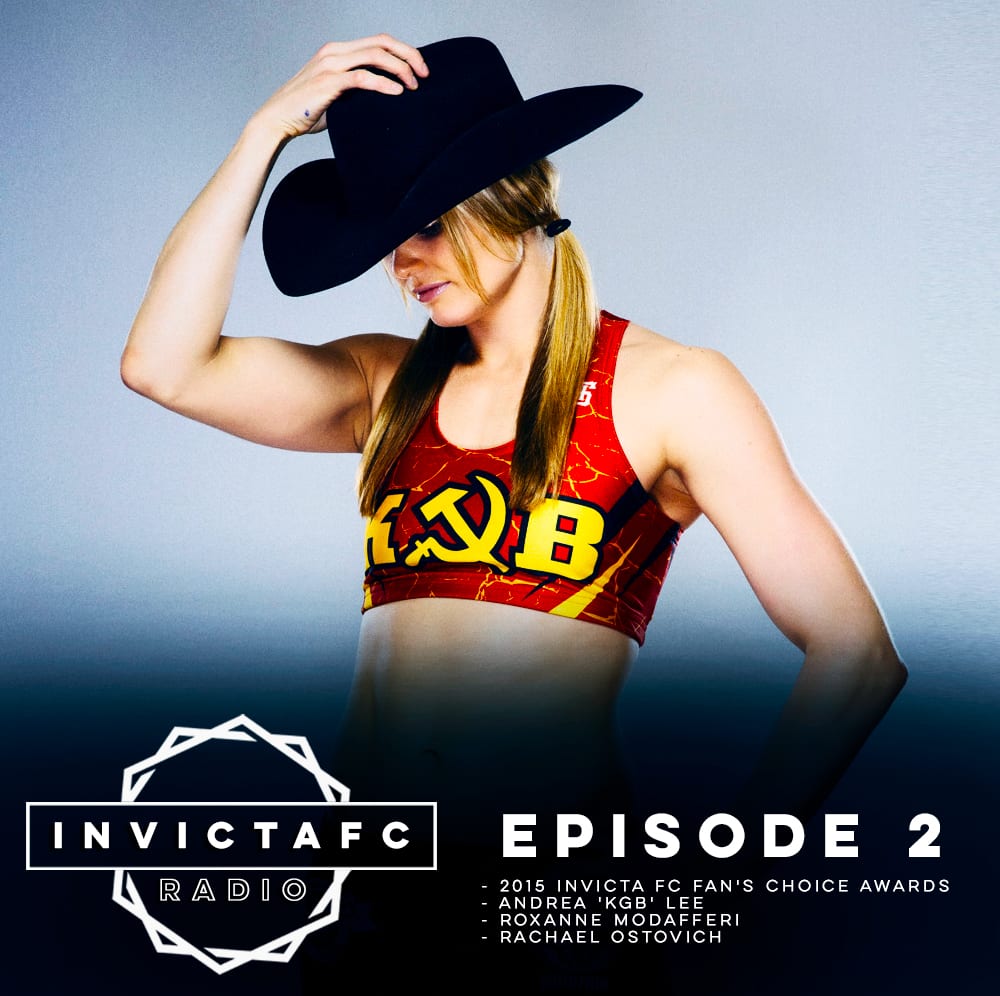 If that wasn’t enough De Santis and Kedzie recap a year of knockouts, submissions, and moments from 2015 that earned fighters this year’s “Fan Appreciation Awards.”

Plus we check in with cage report Laura Sanko who get’s us “in the loop” with the latest news and information regarding women’s mixed martial arts, Invicta FC, and the upcoming card set for January 16th in Costa Mesa, California.