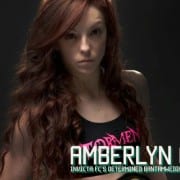 The jump from competing as an amateur to a professional is an arduous one in any sport.

In mixed martial arts, going pro too early can do more harm than good. In fact, it often hurts fighters mentally and financially. Yet, for those that remain patient and pick the right time to move up to the next level, the rewards are plentiful.

“The timing for me to be starting my professional career with Invicta could not be more perfect!,” declared the 23-year-old fighter. “There was a time when I wanted to get on the professional train with everyone else, but I have great coaches that kept me level-headed when the pressure was on.”

There are plenty of examples of fighters who took one or two amateur fights and focused solely on the financial gains of turning professional, rather than assessing their readiness to compete. That’s certainly not the case with Orr.

“I believe I used my amateur career as it is supposed to be used,” she explained. “I gained a lot of experience in that four and a half years while I developed as a fighter, and as a result, I racked up an 11-fight winning streak after losing my amateur debut. I have fought very tough opponents from all over the country.

“I think I have taken my ammy career as far as I can. My amateur record for number of fights more than doubles most women who go pro and I have developed my skills to the point of being a worthy competitor in the professional ranks.”

With such a lengthy and successful run as an amateur, Orr will have the opportunity to make her professional debut inside the Invicta FC cage. It’s something that she’s been striving for quite some time.

“I am more than thrilled to have signed with Invicta FC! Since the first time I stepped foot into a cage, I have known that this time would come. I am a very goal-oriented, driven kind of person so when I set my mind to something, I make it happen. Being signed to Invicta was a goal in itself,” said Orr.

“I have just known and felt that every fight I have had would one day lead me to this moment. I have been blessed to have this opportunity to display my skills, grow in the sport and make a name for myself in the 135-pound division.”

In addition to her success as an amateur, Orr works as a police officer in Horn Lake, Miss. The city is also home to Fisher’s Bang Gym, where she trains. Despite maintaining a day job, Orr takes the sport of MMA very seriously.

“My message for the other women in the bantamweight division is that this is not a habit or a hobby for me. This passion I have is not just a passion for the sport. This is a lifestyle and a career choice for me and I will take this as far as I want it to go,” she proclaimed.

“I have wholeheartedly put my all into this. I am on a mission and I have a goal in sight. Everyone in the bantamweight division will soon come to know who I am, without a doubt!”

Orr’s Invicta debut has not been finalized, but she’s certain that she belongs in the cage with the division’s elite.

“No one starts off at the top and I am willing and prepared to work my way up,” she said. “I have literally had dreams about fighting inside the Invicta cage so once my time comes, I have no doubt that it will feel just like home.

“Invicta fans should expect to see a fierce, relentless competitor on a mission for greatness. This is just the beginning and if you don’t believe me, just watch!”